Recently happened to attend one of the most fantastic and authentic camp out music festival i have ever been to… STORM FESTIVAL @ Napoklu, Coorg…. Wowiee is the word u can scream out listening to one of the finest bands of our times and that too Desi  🙂  It was an absolute exhilerating experience.. only wished i was present both days.. Missed RDP but was fortunate enough to catch Agam (just entered as they played Malhar Jam.. felt the goosebumps as i walked in and was awestruck soon after… One band i cant stop tripping on), Swarathma (Rib Tickling music) and Indian Ocean (These guys showed the rest why these guys are the absolute Gurus of music. The other stage had DJs Tuhin and Vachan Chinnappa who set the crowd into a groooove.. Followed by Sanjay Dutta (who i felt was a let down that evening coz i’ve heard him before i know he’s good), DJ Pearl and Closing the night Judge Jules.. This man knows the music and knows how to entertain.

Cant wait for the second edition of Storm.. The event was absolutely rocking and the arrangements were nothing like i had ever seen.. sniffer dogs, full body checks.. Woah.. Felt for a moment we were going to meet the queen 😉 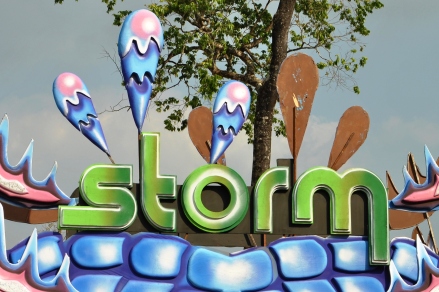 View all posts by Paddy